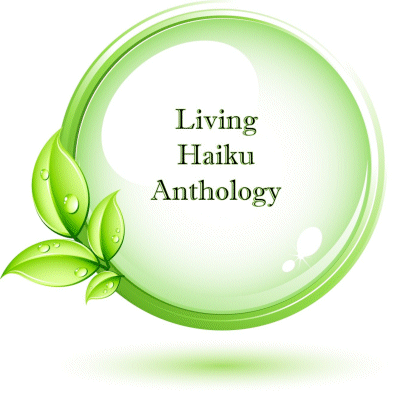 The shortlist of this contest illustrates the sea change that has occurred in English-language haiku over the past 4 decades. I suspect none of these poems would have been considered very good — that is, composed within the then-current understanding of haiku sensibility and technique — in 1976, and possibly even less so in 1986. By the mid-90s some of these changes in taste would have begun, and ten years ago I suspect most of these would have seemed to be hovering at the edge of permissibility. Today they are more or less mainstream. Over time poets will use their chosen vehicles to explore what is important to them, of course, but they will also explore the limits of their technical means, at the end of which there is often what we might term an ontological correction. This has been usefully characterized in literary history as the movement from a classical to a romantic mindset, and back again. I wonder if a time of correction might not be in the offing for haiku.

These poems are largely figurative. By this I mean that what is most effective, and perhaps most appealing, about them is not their careful limning of an actual and keenly observed moment, but rather their poetic nous. The space in which some of them exist would be difficult to locate in “reality,” though they have compelling realities of their own. It is our willingness to acknowledge this space that permits them to have meaning for us, and to move us. This is a very long way from nature description, is, in fact, the very essence of poetry, as opposed to reportage. The very best of traditional haiku of course moves beyond reportage, but far from all. And the very best of this contemporary poetic style approaches a kind of realism, but again, not commonly.

It’s worth saying that as far afield from classical haiku as this work might seem to traditionalists, it is still nowhere near as various as that which is to be found in Japanese haiku in the present time. Such perturbations there result, for a host of reasons, in schisms, exclusive schools and personal enmity, whereas here we have a more homogenized approach, with various approaches filtered through a handful of editors into our few collective journals. Such an approach invites ontological process. Perhaps this melding is our gift back to haiku.

slip one knit one the pattern of winter bones

braille moon
the length
of a comet's tail

These two poems exemplify what I refer to above as figuration. While it is easy to picture someone knitting, and to follow the pattern, it is certainly a leap that is not realist in principle to conflate this with the pattern of bones. And yet what is suggested is oddly compelling, as though the pattern is indeed present. I found myself imagining the fibrous patterns bones present under the microscope, not knit, perhaps (though we do speak of broken bones “knitting”), but intensely layered and reinforcing. Add to this the clash of needles, with their own bony hollowness and metallic clank, and you have a complete and compelling picture that goes far beyond reportage, well into the realm of suggestiveness. I feel the choice of monoku format here is appropriate, providing an impetus that would be lost in a multi-line format, and making whatever breaks that were chosen seem arbitrary at least to a degree.

Likewise, it is surely a poeticism to render our satellite as a “braille moon.” Of course it is pocked, but the point of braille is that it is palpable, something the moon will never be. And yet we do feel the possibility of “reading” the moon. What highlights it here is its intersection with a comet’s crossing, an astronomical event that half a millennium ago would have been “read” in a host of ways as omens, portents from the gods or God, and having a direct effect upon those of us on earth. Though most of us have lost this particular set of beliefs, we are still amazed by such natural highlights, and we still find meaning in them, though perhaps now we psychologize them. The length of the tail would have been of particular import, meaning this and yet this, and so it still does.

drunk on snow melt
from your clavicles
wolf moon

This wild and erotic poem resides almost entirely in the world of figuration. The reader struggles at first to “see” the poem — are we in the woods, looking at the skeleton of a dead animal? An exposed clavicle might suggest this, but if so, how might we be drinking from it? Is this some bizarre rite of Pluto? This reading is further reinforced since inebriation is brought into play, but what sort of drunkenness can result from drinking water? So we must take the whole to be a poem of abandon, where the intoxication is willed and emotional. The cap of “wolf moon” further propels us into the realm of animal desire and behavior. You could view this poem as entirely “naturalistic,” but a good deal of the fun would be lost.

moon about the shadow i drag

This very brief monoku provides at least two readings, depending on whether or not you find a caesura, and this justifies its choice of format. We might read the opening as “moon about”, which may further be taken to be either an imperative or a verb phrase. The imperative reading doesn’t take us very far, but as a verb phrase this sets up the poem either as a rather lugubrious phrase and fragment poem: moon about (pause) the shadow i drag; or else it’s a slightly ornate way of saying there is a moon tonight: (there’s a) moon about (pause) (and as a consequence here is) the shadow (that) I drag. It is simply causal when laid out like this, but it coheres and we are free to make of this somewhat normative poem, especially the verb, what we will.

On the other hand, if we read the poem all in one go, what I call “speedrush”, then the poem comes alive. What I parse in this fashion is a story of the redemptive powers of moonlight: even if I am in an emotional state wherein it feels I am dragging my (weightless) shadow, all about that umbra is the silver kingdom of the moon. Even the darkness of self can be surrounded and wholly contained, if not breached. The speedrush technique works by getting all the information of the poem into consciousness before an internal editor has the chance to begin ordering it for you. So the technique, in its pervasiveness, surrounds the substance of the poem just as the moonlight surrounds the shadow, a neat correlation of technique and content.